Dear Baroness, is it true that men lose some of their life source when . . .

My boyfriend just started going to see a new physiotherapist/massage therapist/guru kind of guy and he told him one of the reasons he (my boyfriend) was so exhausted all this time was because he was having too much sex. Which makes sense in that we have a good amount of sex and we’re fairly athletic and so it can be tiring, but this guru guy (his word, not mine) says that the reason my boyfriend is so tired is because he is losing his life force every time he comes. Is this true? Sounds kind of fishy to me.

Sucking the Life Out of my Man

This is a very interesting and timely question. I was just speaking to someone about this last night. The ‘life force’ of which you speak is what is called Ch’i in Chinese culture (ki in Korean and Japanese and similar to prana in Hinduism) and is thought to be an essential part of every living thing.

When people say that men loose their life force when they come, they are only partially correct. It’s when the ejaculate that they lose it. (And again, this is up for debate.) Many people don’t even know that orgasm and ejaculation are two different things. Men can have an orgasm without ejaculating . . . it’s true! It’s just a matter of information, training and practice. This practice is a big part of Tantra – by holding back and controlling your ejaculation, you can experience full-body, long-lasting and multiple orgasms . . .  what’s not to like about that?!

Of course, it’s not about not ejaculating at all. That would be torture. It’s just about limiting the amount. And, as Monty Python likes to remind us, every sperm is sacred, so there’s that.

There is an old saying, “100 drops of sweat equal one drop of blood and 100 drops of blood equal one drop of semen”.  If that’s true, then that’s pretty precious stuff. I personally would like to know where it falls on the scale in relation to gold. Can sperm be more precious than gold? Gold is so shiny. And looks great against my tanned skin. Hmmm. If anyone can help with that equation, I’d be forever grateful.

I’m sure you’ve heard of sports doctors and coaches recommending their athletes not come before the big game so they can harness their sexual energy and keep that vital life force within them. Insert eye roll. But it’s true. And when I mentioned this to a few male friends, they were quite adamant that this advice and practice proved helpful to their concentration and performance. But I’m still dubious.

Conversely, there are also people who think that the only way a man can stay focused on work/ sports/responsibilities, or whatever it is he is supposed to be doing, is to make sure he is completely satisfied sexually so that he is not thinking about sex, which, according to some, happens anywhere between every 7 seconds (this theory has been debunked) and 19 times a day. But these are silly numbers. Men, like women, are individuals (!) and so they think independently of other men (for the most part) and it’s impossible to say how often ‘men’ think of sex or how often ‘women’ think of sex. Perhaps The Baroness will have to conduct her own study on this …

My friend Rob says that the only time he doesn’t have a wandering eye and is not thinking about other women is after he and his wife have sex a few times before he goes to work. He is completely spent and his sexual energy is gone and only then can he focus on work (and not on the boobs of some grandmother he just walked by – which happens to him, apparently, when he does not get enough sex).

I think the best thing to do is to have your boyfriend read this. And this. And maybe, if he’s still awake, this. You too. You’ll surely learn something and it will undoubtedly be fun research. Best homework assignment ever! 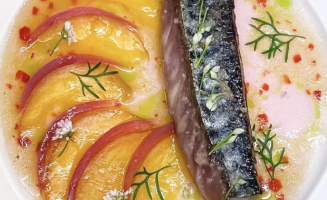 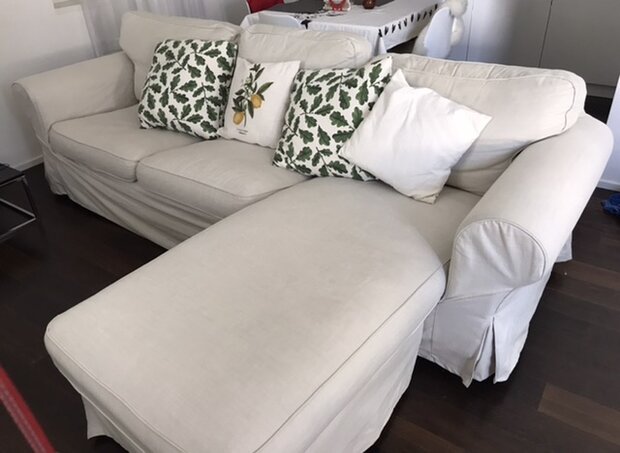 Breiby
Healthy, fresh and sustainable baby food by subscription
Take me to the crowdfunding project
Ad