Dear Baroness, I have a habit of dating married men . . .

I have a habit of dating unavailable men. Married men, mostly. It just happens. But I want it to stop. I realize how unhealthy it is for me and that I really want more. Which is all fine, but now I have a problem. This one married guy I was seeing just stopped talking to me after 6 months of seeing each other. Out of the blue. And I’m devastated. I don’t love him, and I don’t want to be with him, but I am angry. How could he do this to me? I’m having these revenge fantasies – I mean, I know his name, where he works, where he lives, where his kids go to school. I could ruin his life. Doesn’t he realize that? How can he be so stupid? I need you to talk me down. I’m afraid I’ll do something I’ll regret . . .

Oh, what is it about married men? We’ve all been there, Cherie. Perhaps not all of us. Many. Some. A few, at least. Well, I certainly have. I can’t tell you exactly what it is, but it does have something to do with the danger and forbiddenness of it. I think perhaps there is also something enticing about being with someone who is not completely available. Someone with whom you can avoid reality. No household bills, no talk of who is taking the trash out or why you never fold his t-shirts the right way. There’s also the understanding that you will not be spending holidays together, which for some is a very depressing side of dating a married man and for others, quite liberating. Who wants to deal with in-laws, for the love of Pete?

It’s certainly understandable why married men are appealing. But married or not, everyone has the right to end a relationship and your married man is no different. How he did it, of course, is completely lousy. There is no excuse for this kind of behavior. BUT, just because he’s a louse does not mean you get to ruin his life. This is simply not something we do, darlings.

I understand you want closure. And likely some answers. You also seem to want a reaction. When we’re hurt, we want to lash out and hurt others. It’s a very human reaction. But as some very wise person said, two wrongs don’t make a right and you’ll only feel worse (and most likely some shame and guilt thrown in for good measure) if you try to feel better by exposing him. Give it a few days before you do anything rash. I implore you.

Let’s play out the scenario: You show up at his house. His wife comes to the door. You tell her what he’s been up to. Either she believes you or she doesn’t. Chances are she doesn’t invite you in for a cup of tea. If she tells him you stopped by, he will likely deny the affair and then may or may not come to confront and threaten you. In no scenario does he show up to your place, hat in hand, bearing daisies and apologize and rekindle things. There is no upside to this scenario. You may succeed in ruining his life, but his innocent wife and children would be collateral damage in your selfish war. And this is not acceptable.

It’s amazing, isn’t it, that when a scorned woman goes to get closure or simply wants answers when the married man who has suddenly deemed her unnecessary dumps her, she is seen as the psycho, the desperate, needy one. The one boiling the rabbit.

When a man is rebuffed or dismissed and needs closure and answers and he goes to the woman to get them, he is seen as being passionate, romantic, determined. He is Cary Grant, or Hugh Grant. The woman is always happy to see him and wants him back. He knows best, after all. She agrees she made a huge mistake as he takes her into his arms, and they live happily ever after. No one accuses a man of being psycho or hysterical. These are the realms of needy women.

I’d really like us to think about that and work on changing it. What about a world where two people have a relationship and when one decides they want out, they talk about it together, like grown-ups? Like people who care for one another. Who respect each other and realize the pain they may be causing. Oh, wait. This sounds ridiculous and boring. Where’s the drama?! Where’s the scene where the woman consoles herself with a loaded pizza, a bottle of wine and/or anonymous, drunken sex with strangers? Where are the girlfriends all around telling her what a loser the guy is while they all get mani/pedis at the mall? Ugh. We are doomed. Really.

So no, I don’t think you should show up or text his wife or whatever impulsive plans you may have concocted in your rage stupor. It may be fun to think about – and believe me, darling, we all have - but it’s not ever a good idea. This guy will get what’s coming to him. Promise. (There are services for these kinds of things if karma is taking too long . . .)

In the mean time, your plan of not dating married or unavailable men is a good start.  Baby steps.

abedo
15.04.2016
okay sweetly, First of all lave that monkey Live his life Jumping Around he will Fall on his Nick in the End,you will fined you Soulmate in soon if you have good look in life . 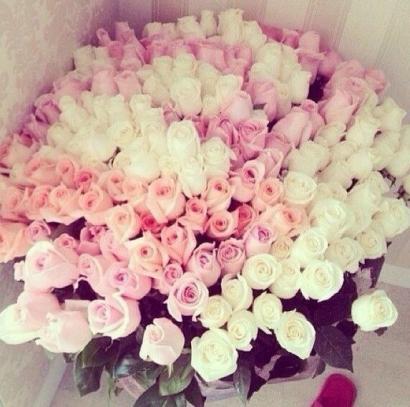 Anonymous_Profile_106958
14.04.2016
Loved this, great advice.
I personally would just send HIM a simple personal message, thanking him for his thoughtful and concerning way of breaking up and that hopefully he will rethink his methods for his next fling.
That's all, nothing more, no follow-up, no reply (should you actually receive anything, which all considered, I doubt you will), delete his contact from your mobile phone and forget him, he is definitely not worth wasting anymore time and/or thoughts on and move onto enjoying your life!
Advertising
Favourites: 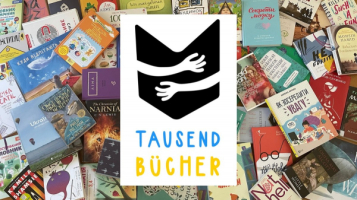 Student apartments
Each of the approx. 40 apartments has to be furnished. This requires a bed, a closet, a table and a chair. In addition, there should be a small refrigerator in each apartment.
Take me to the crowdfunding project