Though buses, trains and trams are crowded during rush hour, i really appreciate the smooth running of Zurich's public transport system. Every year, usually at the beginning of December, there is a change in timetables and lines. Maybe you didn’t even notice it, but it happened again last Sunday. Unless you live in Wollishofen, as the buses 70. 184 and 185 run until the train station Wollishofen now. Also, the lines 46, 62, 75 and 83 received an update and run earlier in the morning now. For the rest, the only change is that the stop «Börsenstrasse» is called «Kantonalbank» now, as the stock market (Börse) took its business to another district. 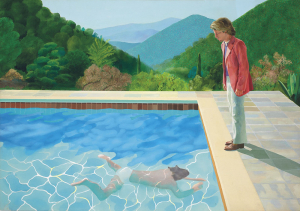 I don’t normally write about events taking place outside the city limits but this time I am going to make an exception as i am an enormous fan of British artist David Hockney . The Kunstmuseum in Luzern will be exhibiting his works

Public Talk with Meditation with Gen-la Kelsang Thubten Monday, 22 August, 19:00-20:30 KMC Switzerland, CHF25 In our world, the experience of happiness is fleeting and short-lived, while inner peace often escapes us completely. Our

Hello all, friends. I recently came to the United States of America and I want to find an interesting casino here. Could you give me an idea? I would play and in general, do you have any information that would be useful to me?